So, you’ve finally decided to visit the Pearl of the Orient Seas. Although, what is the best time to visit the Philippines? Certainly, the answer is ANYTIME.

The Philippines is a tropical country. Meaning, there are only two seasons: wet and dry. Also, the country is made up of over 7,000 islands. Consequently, you have over 7,000 places to see.

Aside from the nature trips and beaches, the country boasts their festivals. Here’s our month-by-month guide to travelling the Philippines:

The first month of the year is the height of the dry season in the Philippines. Rain should be minimal. It’s one of the best time to visit the Philippines. Head to Kalibo in Aklan (Visayas), which is near Boracay. Celebrate Ati-Atihan with the locals and fellow tourists on the second week. There are street dancing, costumes, and all. It’s a celebration of the ancient land pact between colonizers and the indigenous people of the land. On the third week, Cebu celebrates Sinulog.

It’s an annual religious event celebrated with street parades, parties, live music, etc. On the fourth week, head to Iloilo. Truly, this is a spectacular city. You have to try their La Paz Batchoy. They’d be celebrating Dinagyang, which is similar to Ati-Atihan and Sinulog.

The second month of the year’s temperatures is slightly hotter. There ought to be fewer crowds after the wave of tourists from the beginning of the year. During the first two weeks, Laoag City celebrates Pamulinawen, a fiesta in honour of William the Hermit. On the third week, Baguio City celebrates their Panagbenga.

It’s also called Baguio Flower festival. The fiesta features parades of floats of flowers. Also on the same week, Baler, Aurora celebrates their Suman Festival. It’s sort of like a Mardi-Gras event. Moreover, you’d probably be eating lots of suman. Suman is a Filipino delicacy made with sticky rice.

It gets hotter in March. Nevertheless, the temperatures are still good for travel. It’s considered as the best time to visit the Philippines, actually. Watch out for the Holy Week though. You should book everything earlier as this is peak season. Prices go up as well. Don’t let this stop you from celebrating fiestas with Filipinos though. From late February to early March, Malaybalay City in Bukidnon celebrates their Kaamulan Festival. During the Holy Week, Marinduque celebrates the Moriones. Locals wear masks and re-enact the story of the Roman centurion, Longinus.

Likewise, make it so very sure that you’ve secured your accommodations when travelling in this month. This is usually the hottest time of the year, so never forget your sunscreen. Of course, you ought to be heading to the beach. Where else, but Boracay! During this month, locals celebrate the Boracay International Dragon Boat Festival. It’s the Filipino version of Hong Kong’s dragon-boat races.

If you love the heat, then May the best time to visit the Philippines. Comparatively, it’s a great time to travel since there’s high chances of dry weather throughout the month. Areas in the lower regions could be extremely hot though. Especially, Manila. Albeit, it would be a nice time to visit highlands and the beach. Furthermore, the entire country celebrates Flores de Mayo. It’s a religious event celebrating the coming of the rains.

And so, the rain comes. Although, it still is hot most of the time. The rains make ground starting in the north to the south. This doesn’t stop Filipinos from celebrating Pintados, though. This shouldn’t stop you from making it YOUR best time to visit the Philippines. Before tattoos went mainstream, natives were already into it. The festival is a cultural showcase of heritage in Leyte and Samar.

The volume of rainfall goes up during this month. Northern areas are usually the wettest. Central areas, like Iloilo and Cebu, should still remain dry mostly. Be on the lookout for surprise showers though. Throughout July, Tagbilaran City in Bohol celebrates Sandugo festival. It’s the commemoration of the blood compact between Datu Sikatuna and Miguel Lopez de Legaspi. This happened during the 16th century. The celebration includes a reenactment of the blood compact, street parades, and dancing.

Typhoon season begins this month. It is advised to avoid travelling this month. If strong winds wouldn’t stop you from visiting the country, better head to Davao. Unlike most Filipino festivals, the Kadayawan Festival has pagan origins. It’s a celebration of gratitude for bountiful harvests.

It is highly recommended to avoid travelling in the Philippines this month. There’d also be a lot of possibilities for typhoons. It may not be the best time to visit the Philippines. Although, in Bicol, they celebrate the Peñafrancia Fluvial Festival. During the festival, a sacred statue of Our Lady of Peñafrancia is paraded all over Naga. Then, it is sailed down the Bicol River.

There would still be chances of typhoons during this month. However, rain should gradually minimize. It may not be best time to visit the Philippines still. But, by the end of the month it should be okay. Moreover, Bacolod city celebrates its MassKara festival. It is more or less similar to Dinagyang and Sinulog, but with colorful masks.

The celebration is influenced by the Rio Carnival. It is to showcase the locals’ resilience against tragedies. The city is actually known as the “City of Smiles”.

At last! The dry season begins again! Although, there may still be chances of typhoons. So, it may be best to travel during the end of the month. During this month in Angono, Rizal, locals celebrate the Higantes Festival. Along with locals dressed in colorful fishermen’s clothes, 12-foot tall paper-mache giants parade the streets. It is a bit creepy, but then, it’s Halloween month anyway. The giants represent the Spanish landlords who used to rule over the land. 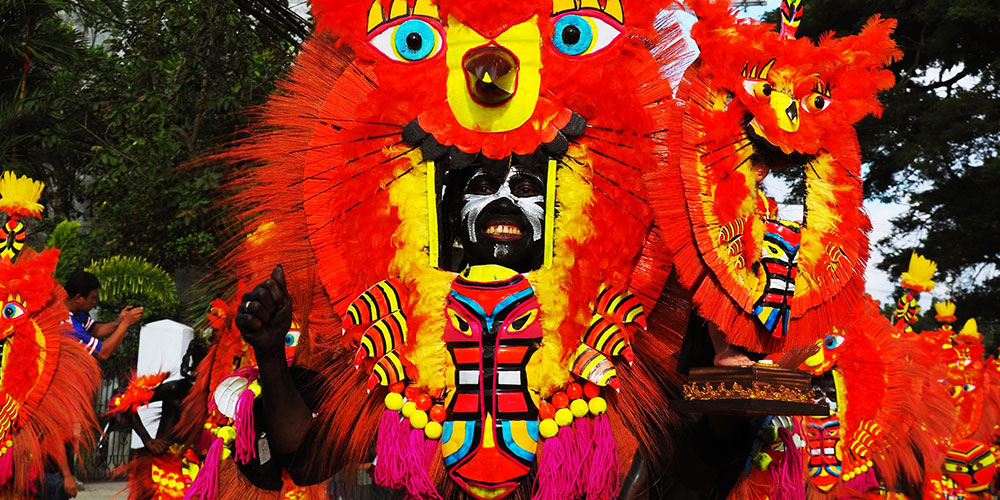 This month may be the bestest best time to visit the Philippines. You’d hear a local song called “Christmas In Our Hearts” in almost every corner. Seashell and paper Christmas lanterns would be everywhere. Aside from Christmas, there’s the Handuraw Festival in Dapitan City. Also the Torotot Festival in Davao City. And the Kasadyaan Festival in Dumaguete City.

So, there you have it! Our month-by-month guide to travelling the Philippines. Take note, it is cheaper to travel during the low season; however there are risks of typhoons and all. Also, there are more festivals than the ones mentioned.

Your Guide For Best Resorts In Egypt. | Egypt attractions